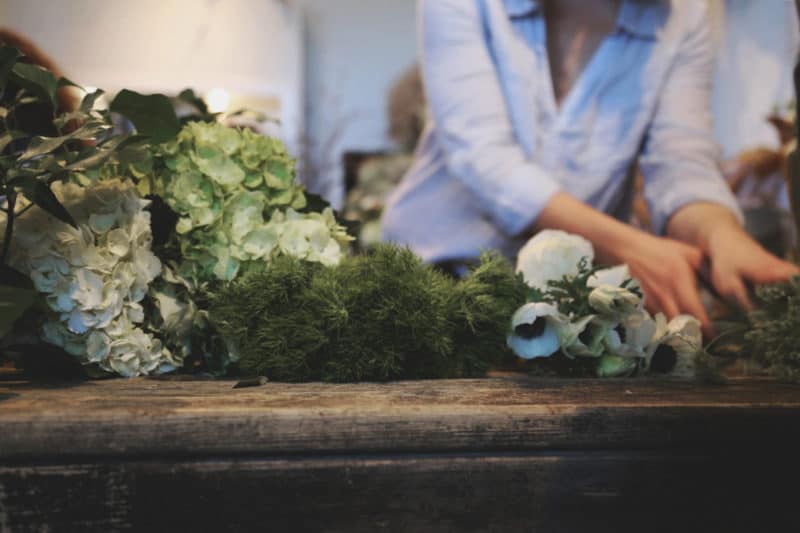 French women. So chic. So seemingly effortless and cool. When I turned 30, I decided that I would try to become more French in the way I carry myself. I know there are books on the matter, but since we’re living in such an experience-focused society, I told myself that in order to truly understand French women, I would need to do the things they do. Short of moving to Paris for a sabbatical (something I hope to do one day), when I heard our local French florist was holding a workshop, I jumped at the opportunity to take the class and dive into the culture.

I have a lot to learn.

My mom and I took the class together (the class was actually a Hanukkah gift from my parents…a lovely gift at that!) and we were excited to get our (chic!) green aprons on, select our own stems (the anemones! the parrot tulips!) and arrange, arrange, arrange.

Little did I realize, when we were sent a waiver the night before the class that promised we wouldn’t sue the sweet shop if we cut ourselves, they were serious. The French style of flower arranging is unlike anything I’ve seen before. The knife with which you cut the stems is quite sharp (clippers are strictly prohibited from cutting flower stems as they crush the stem, inhibiting water from properly hydrating the blooms) and, for me, it was intimidating. You hold the stem steady in one hand and pull the knife towards yourself with the other in a swift motion. I almost lost a thumb but everyone else in the class seemed to master the move.

I learned about French hand bouquets (in France, you pick your stems at the market and have them arranged and tied off, but you cut them yourself, when you get home, for maximum freshness…this would be a liability for me, I’m sure of it), I learned that you are supposed to change the water out of the vase daily (!) and I learned how important it is that your arrangement be symmetrical from all sides.

The instructor was shop owner Marie-Laure. She is divine and is, as you would imagine, chic, effortless and cool. She is a wealth of knowledge on the subject of French flowers (there is a specific school in France from which you must graduate to work with her) and it shows. Her bouquets last much longer than those I’ve received from other shops.

All in all, the only thing French about me on this day was my stripes, but Marie-Laure was also wearing stripes so I’ll take it as a win! While I may not have mastered the art of French floral design, I’m still a Francophile (which is perhaps why Lafayette was my favorite actor in Hamilton?!). 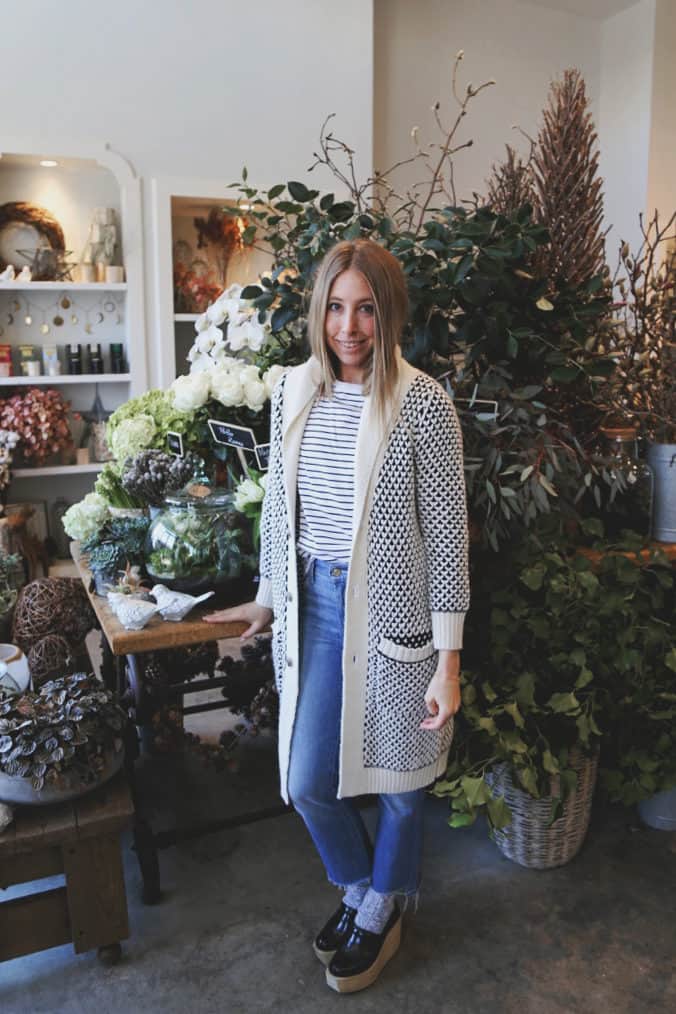 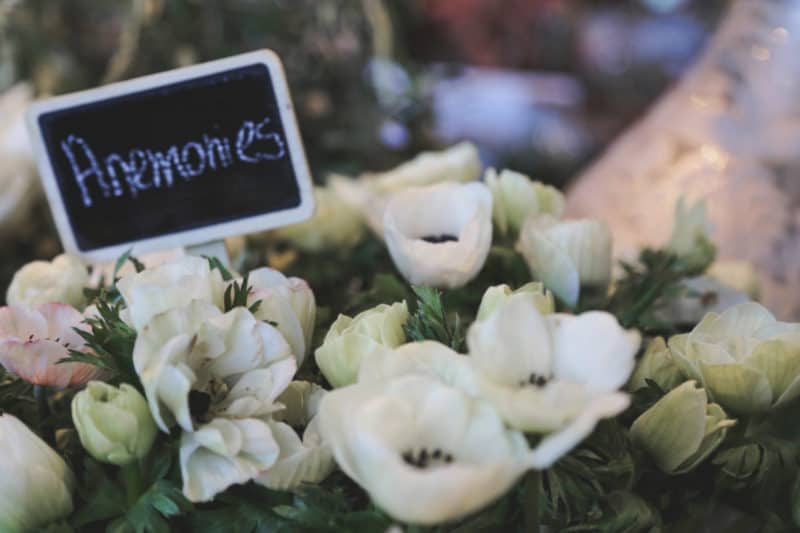 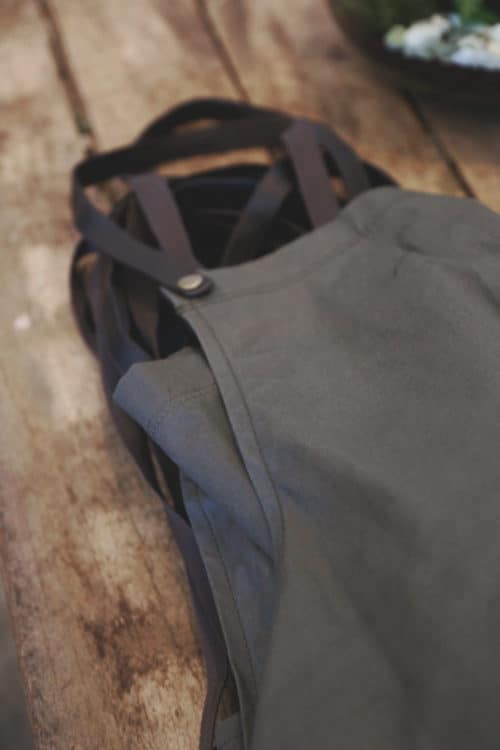 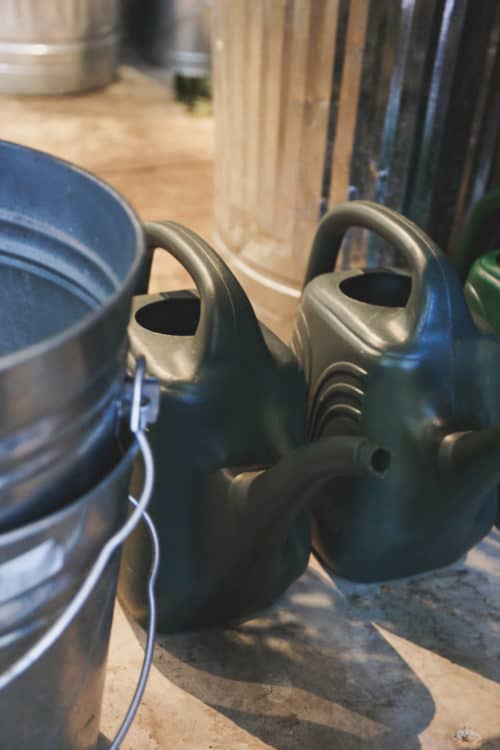 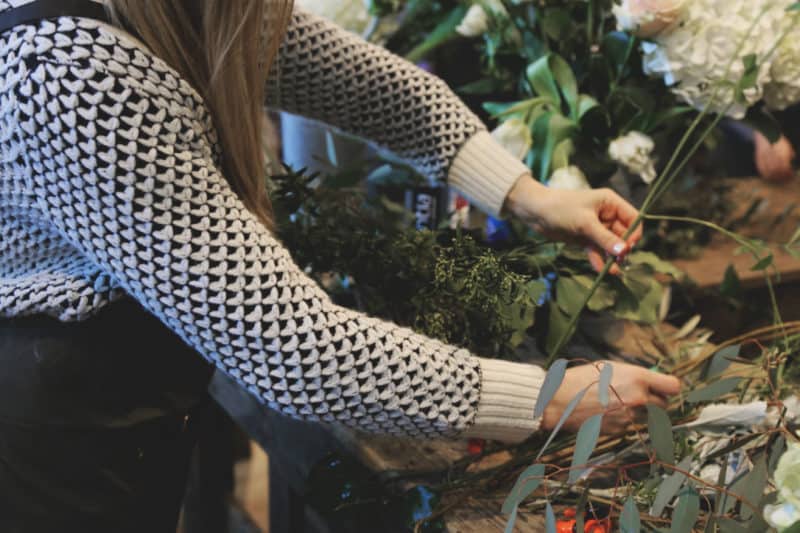 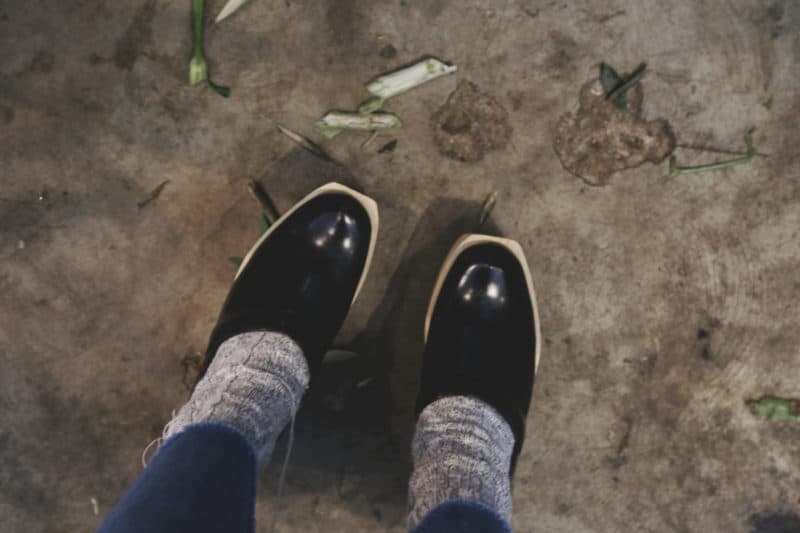 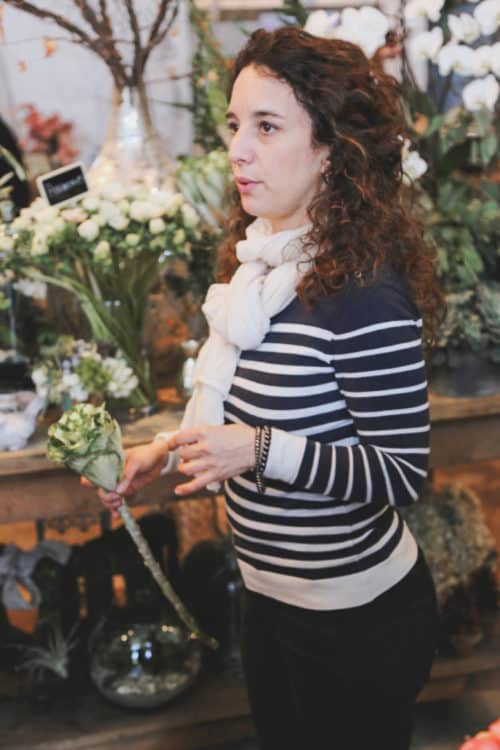 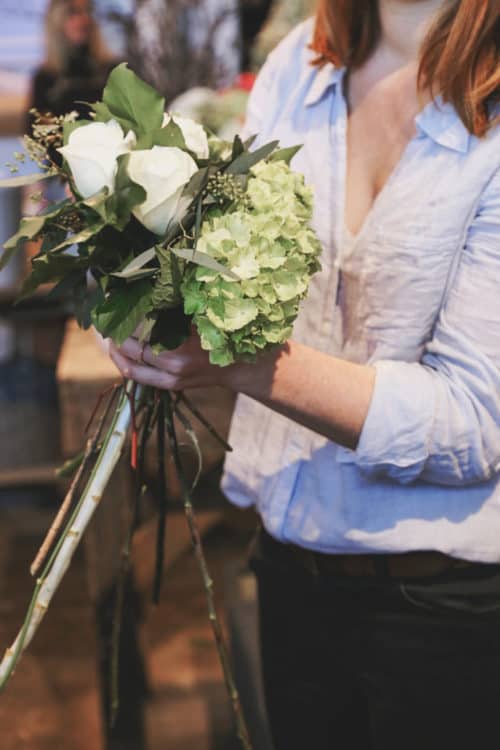 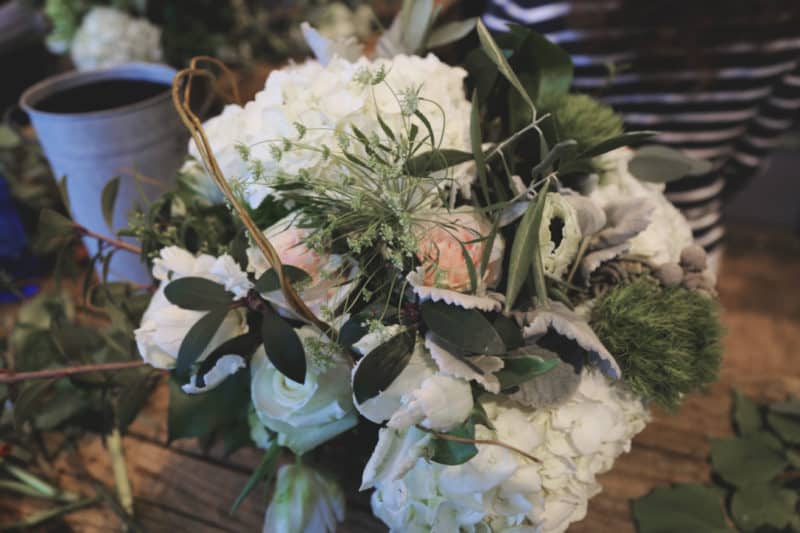 Am I late to the party here? Did you know these secrets of how the French keep their flowers looking fresh? 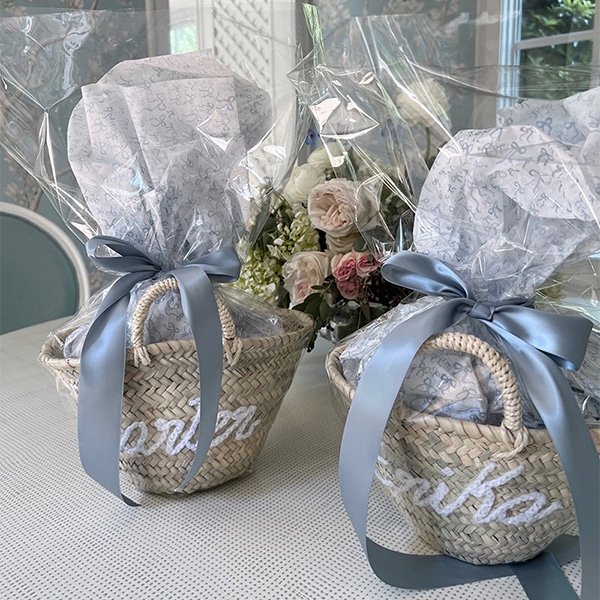 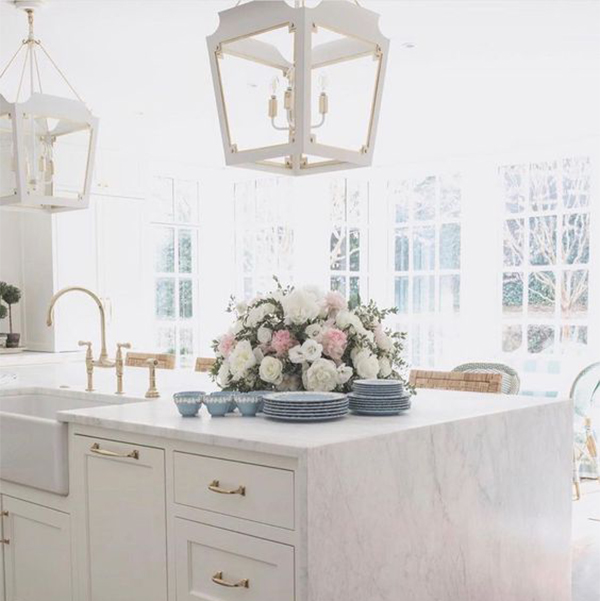 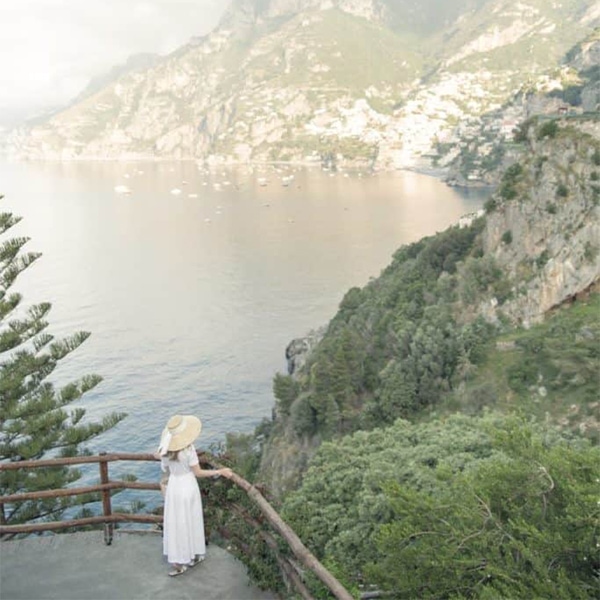 What to Wear on Vacation 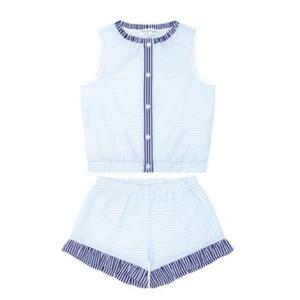 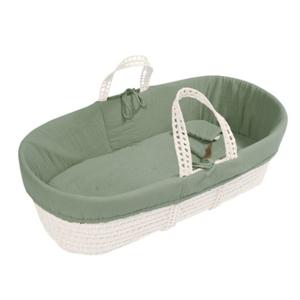 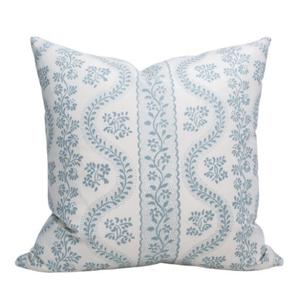 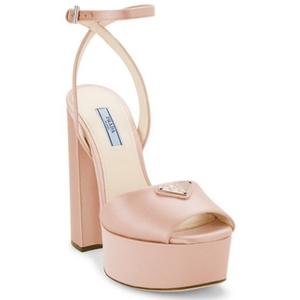 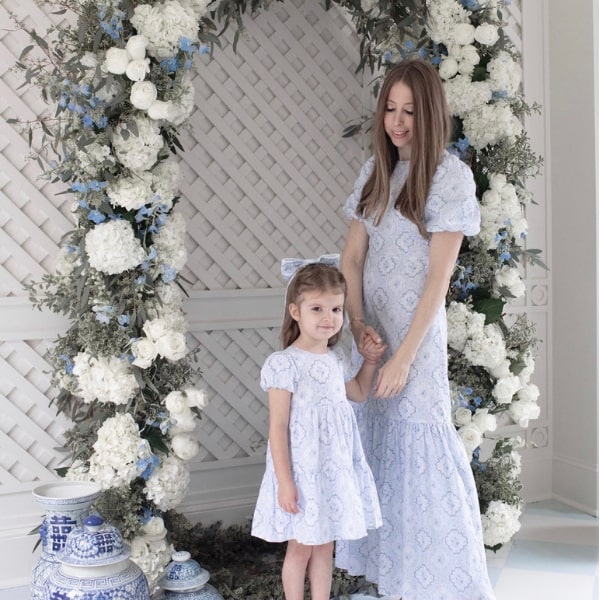 Born on Fifth for Antonio Melani is Here 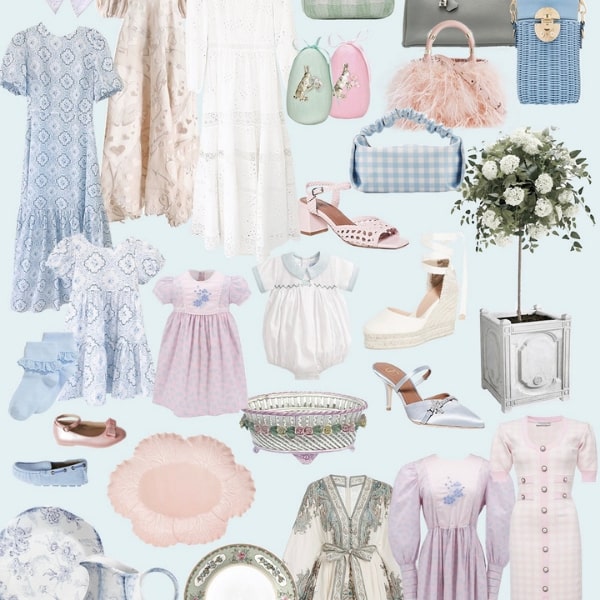 What to Wear for Easter and Passover 2021 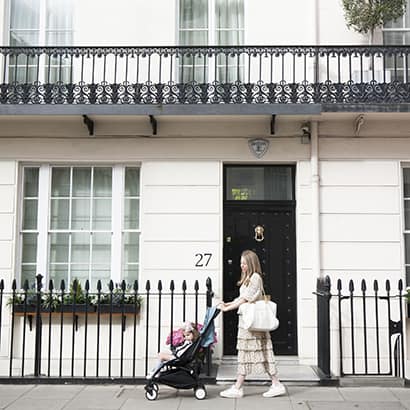 What We’re Buying for Baby 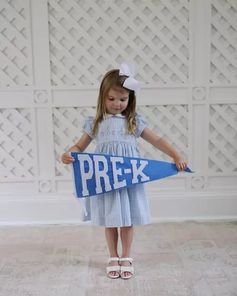 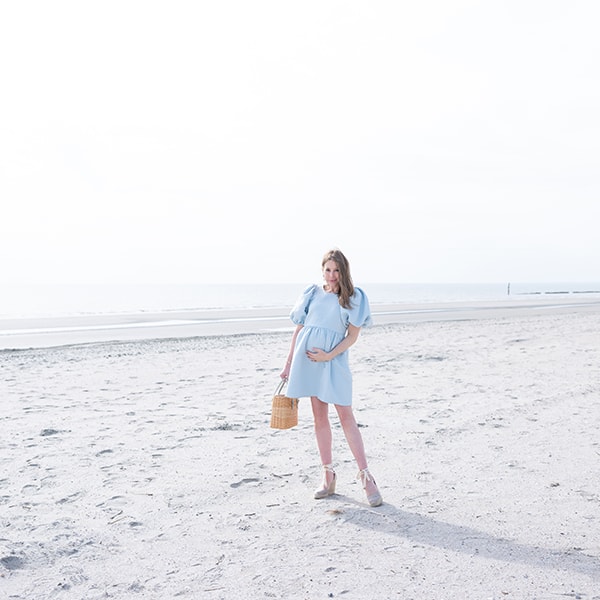 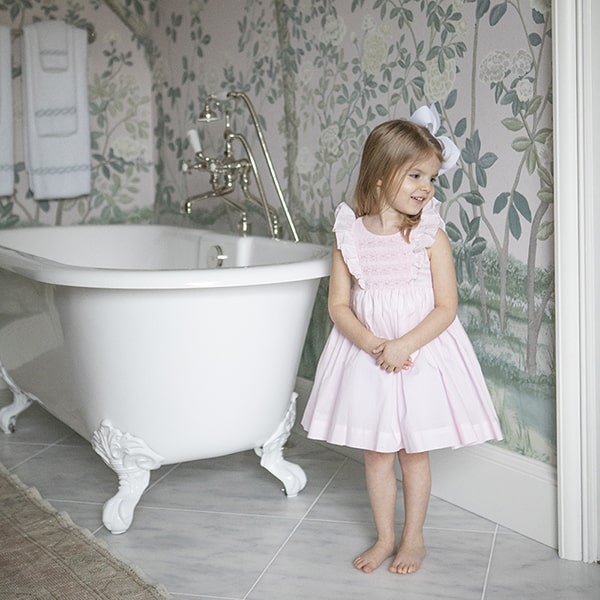 Emily Hertz is an Atlanta-based, NYC-born lifestyle blogger with a passion for party styling and an affinity for all things beautiful. Explore Emily’s fashion favorites, entertaining ideas and tot-friendly finds.

Stay in the know 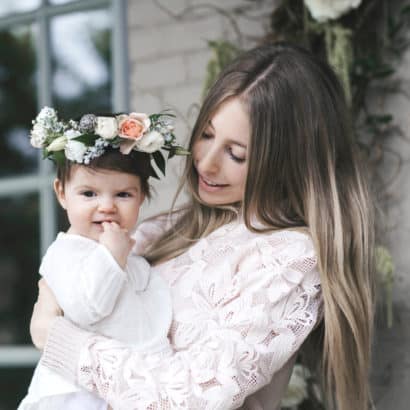 Born on Fifth is a place where I share style and inspiration (that’s the hope, anyway!). I take your privacy seriously and hope you rest assured knowing that your information will be kept safe (and secret).

While I reserve the right to remove any posts or comments without notice or explanation, I hope you’ll give me your feedback and keep things friendly.

All opinions shared are my own, gifted items are disclosed and the only brands I partner with are those that I genuinely love. On that note, companies and brands, please reach out to emily@bornonfifth.com if you think you’re a good fit for a partnership or sponsored post.

Finally, I appreciate you pinning and reusing my photos, but please be sure to credit me and link back to my site and/or social channels. Logo usage requires written permission.